Starting with our experienced leadership team. Fueled by a determination to innovate in service of a better, more sustainable world.

Ronen has over 25 years of profound business management experience in various international and multicultural organizations. Ronen has held the position of CEO at Kornit since 1/8/2018.

Prior to joining Kornit, Ronen held several leadership positions at HP over the past 18 years, starting in various strategic marketing roles for the HP Indigo division responsible for defining and managing the current and future platforms of HP Indigo. Ronen’s passion to customers lead him to relocate to Singapore to lead the Indigo & PageWide presses Divisions in Asia Pacific and Japan, where he developed the business to become one of the fastest growing businesses within HP and in the region. He played an instrumental role in scaling up the business from a start-up to a mature and profitable one and was the Vice President and GM of the HP Indigo and WebWide presses business across EMEA and managed to rapidly grow the business.

Ronen has strong and proven experience in managing multiple P&L’s for different business units dealing with mature and emerging products and markets in complex organizations with direct sales force and indirect channels across different regions. One of his key strength is developing new business models and market opportunities.

Ronen is a hands-on, passionate and strong leader, a true team player, who drives consistent (over)achievement of plans and a strong execution.

He holds a BA Business Administration, LL.B. Law and an MBA from Northwestern University / Kellogg School of Management.

Prior to his professional business career Ronen served as a pilot in the Israel Air Force. 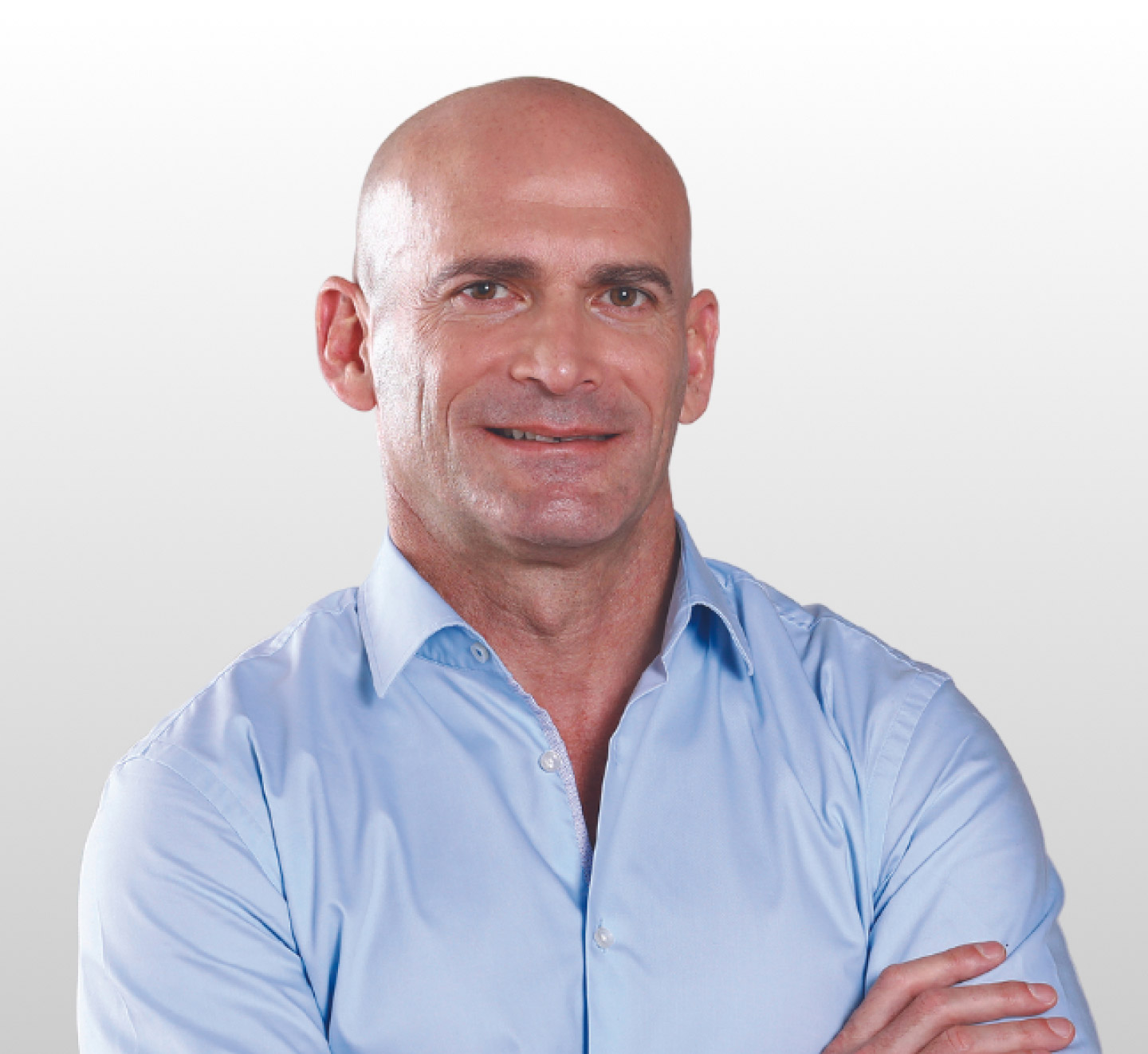 Alon has more than two decades of experience in financial management and leadership roles. Prior to joining Kornit, he served as the CFO of Orbotech, where he completed a 13-year tenure that included a broad range of senior finance, business, and operational positions, including executive management positions in the Company’s Asia Pacific operations. Prior to Orbotech, Alon served as the CFO of Wintegra Inc. and an accountant for Ernst & Young – Israel.

Alon is a CPA and holds a B.A. in Business Administration and Accounting from The Israeli College of Management. 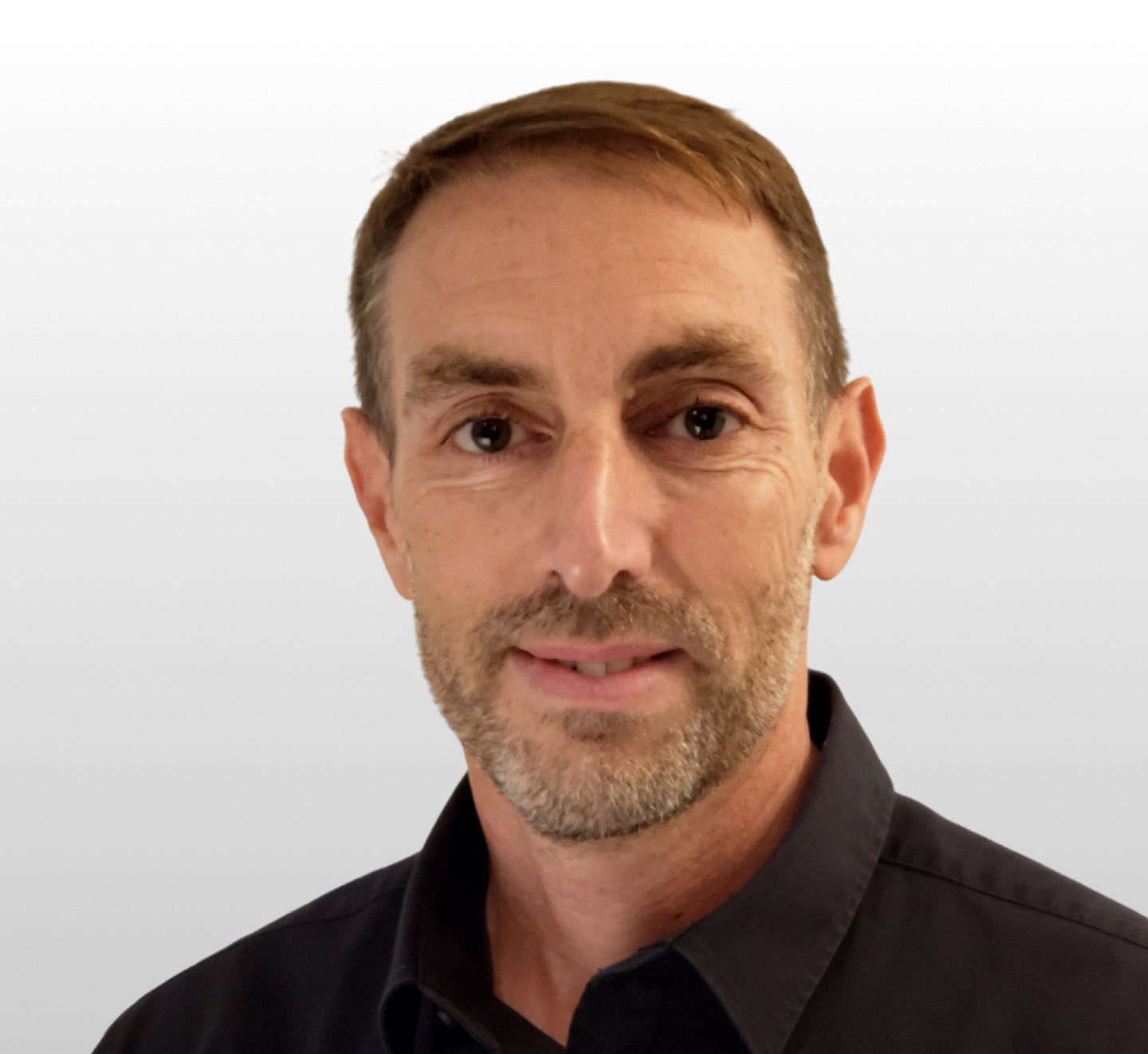 Jecka has extensive experience in leading in-depth procedures at major global organizations and managing companies’ operational and commercial efforts. Prior to joining Kornit Digital, Jecka held the position of US Global Manager at SodaStream, served as President and CEO of Mitsubishi Fuso Truck of America, and was the Senior VP Global Services Business Unit at Comverse Technology.

Jecka holds a B.S. in Computer Science and Economics from The Academic College of Tel-Aviv, Yaffo and an EMBA in Business from Tel-Aviv University. 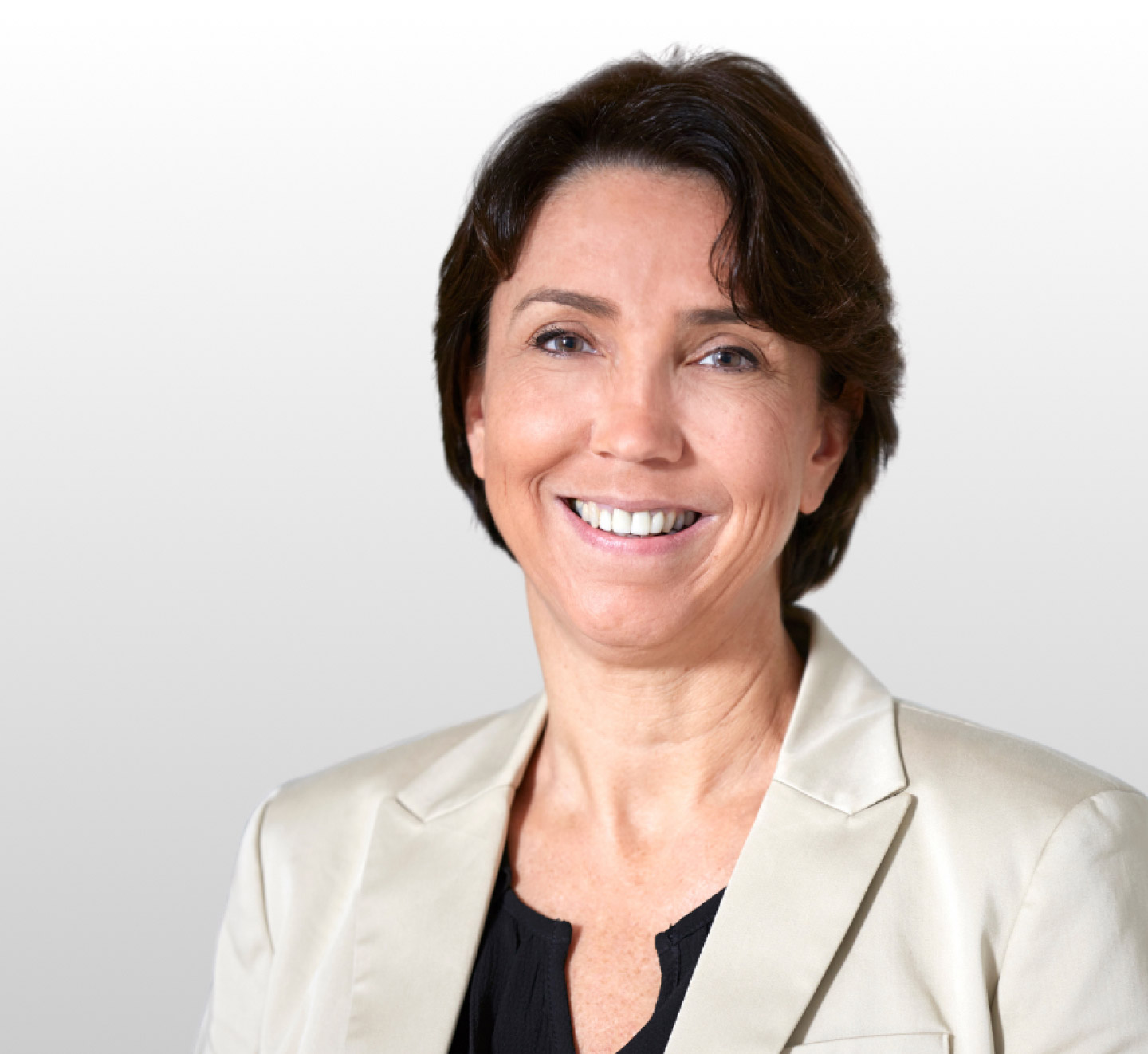 Kobi has served as our CTO, Chief Technology Officer, since January 2020, prior to that he has held the position of VP Consumables & Application development since September 2017.

Kobi Mann joined Kornit in 2004 as an R&D Chemist and has held core technology roles. As one of Kornit’s founders he brings over 15 years of experience in the field of Inkjet Technology. Kobi has played a critical role in the design and the execution of core projects and processes in the company. During his tenure at Kornit, he has managed and led R&D Chemistry, technology groups, transfer to production, Print heads and QA as well as lead Kornit’s Ink plant design.

Prior to his executive, Kobi has held several managerial positions including Business Development of Consumables and Director of Global Application, an arena he established in Kornit
Kobi holds a B.Sc. Chemistry and Executive MBA – Both from Bar Ilan university. 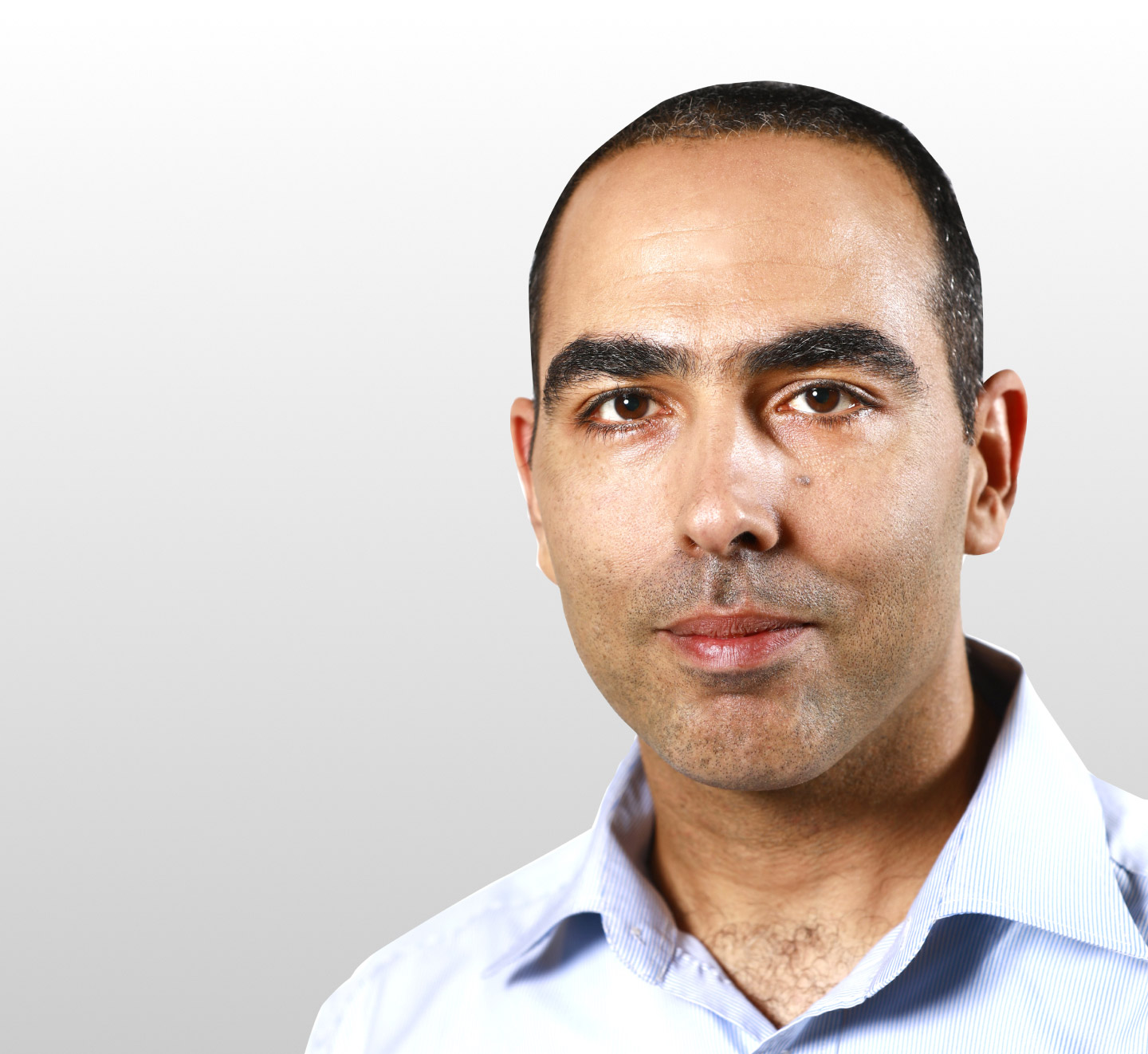 Omer Kulka has held the position of Chief Marketing Officer at Kornit Digital since July 2017.

Omer joined Kornit in 2011 with years of extensive experience in the semiconductor industry, holding positions spanning R&D to Marketing and Business Management. Since joining Kornit he has held several managerial positions at the company including Director of the Wide-format division and Director of Product Marketing.

Omer holds a BSc in Computer Science, a BA in Philosophy and an MA in History and Philosophy of Sciences and Ideas from Tel Aviv University. 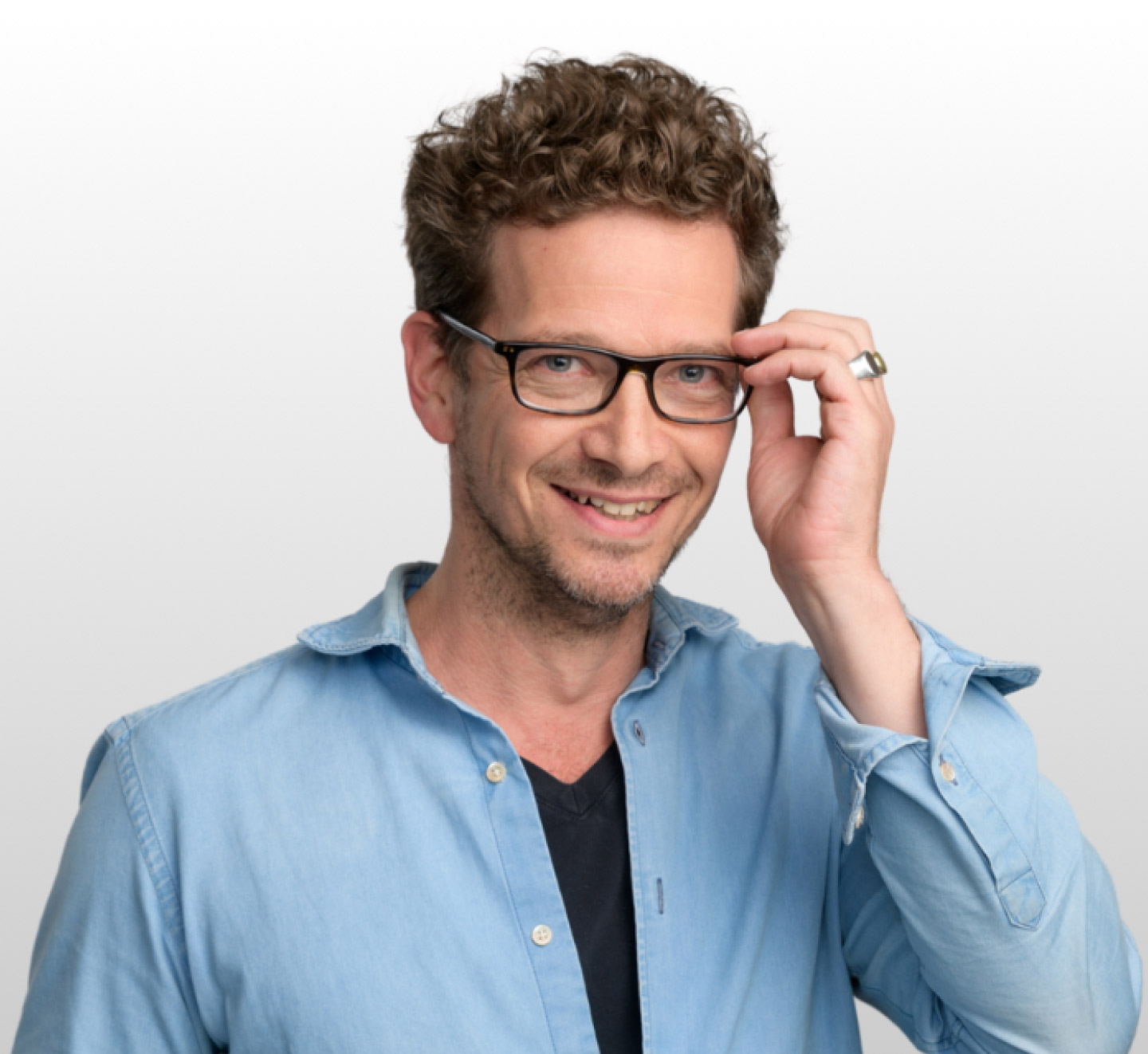 Benzion started his career as Physicist and system engineer in several start-ups. Benzion joined Applied Materials in 2001 as R&D manager and since then served in various product, technology & R&D leadership roles. His last role at Applied Materials was Products Division Manager reporting to PDC GM.

Benzion holds a B.A. in Physics, a B.Sc. in Materials Engineering, and an M.Sc. in Crystallography from the Technion Institute of Technology. 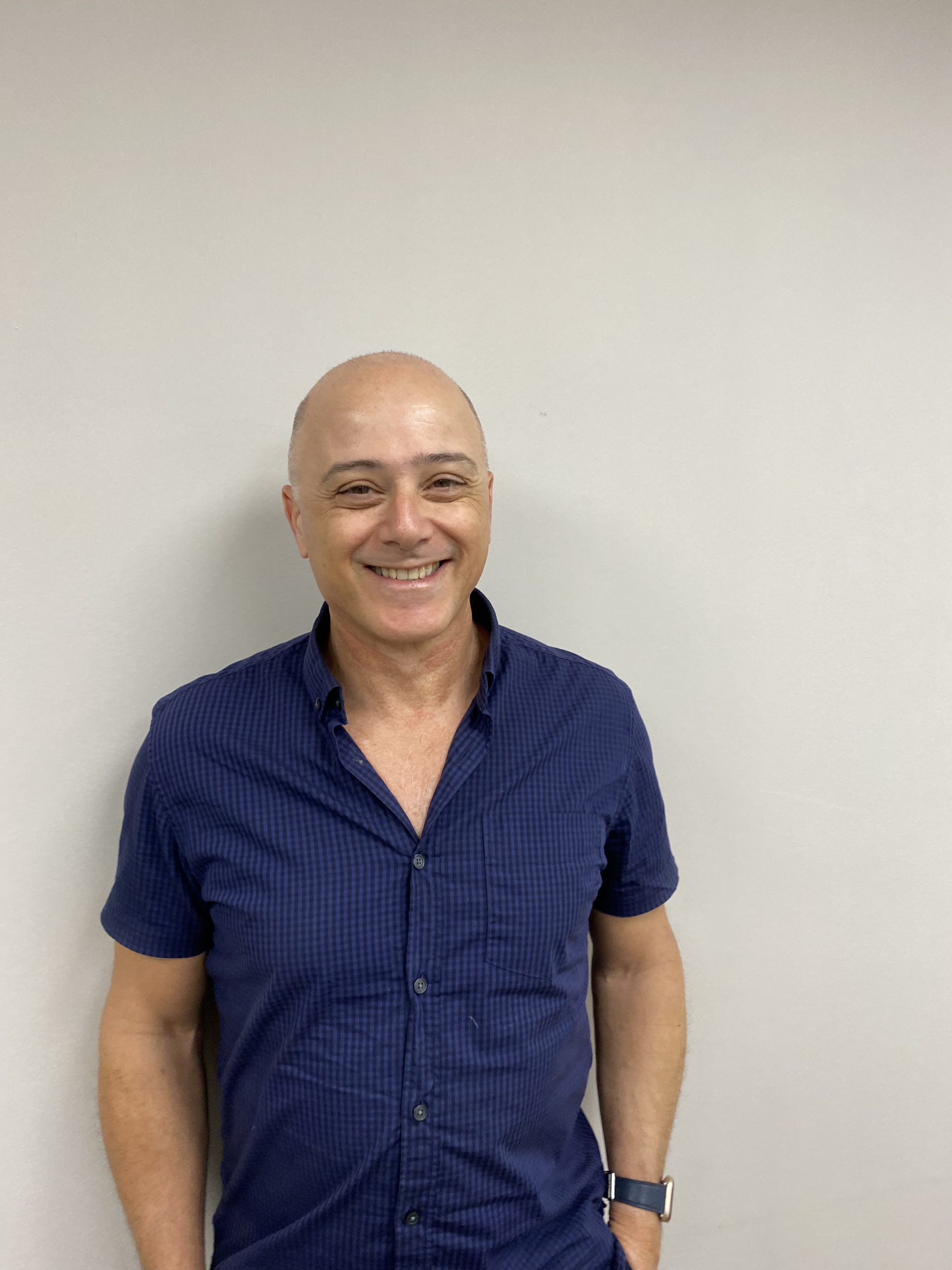 Ilan brings to Kornit over 20 years of executive management experience in a wide range of operational fields.

Prior to joining Kornit Digital he led the Operations of Spectra Physics Lasers Israel – an MKS Instruments company. He joined Spectra Physics after more than eight years (2006-2014) as the VP Operations at Radvision, where he managed the operations teams through successful product introductions, lean manufacturing projects, global ERP systems deployment & two mergers & acquisitions, the last one being Avaya Telecom acquiring Radvision in 2012.

Ilan spent ten years at Intel Corporation, both in Israel and the U.S. in several senior executive positions in operations, including as the Fab-18 Site Materials & Procurement manager throughout its startup phase. 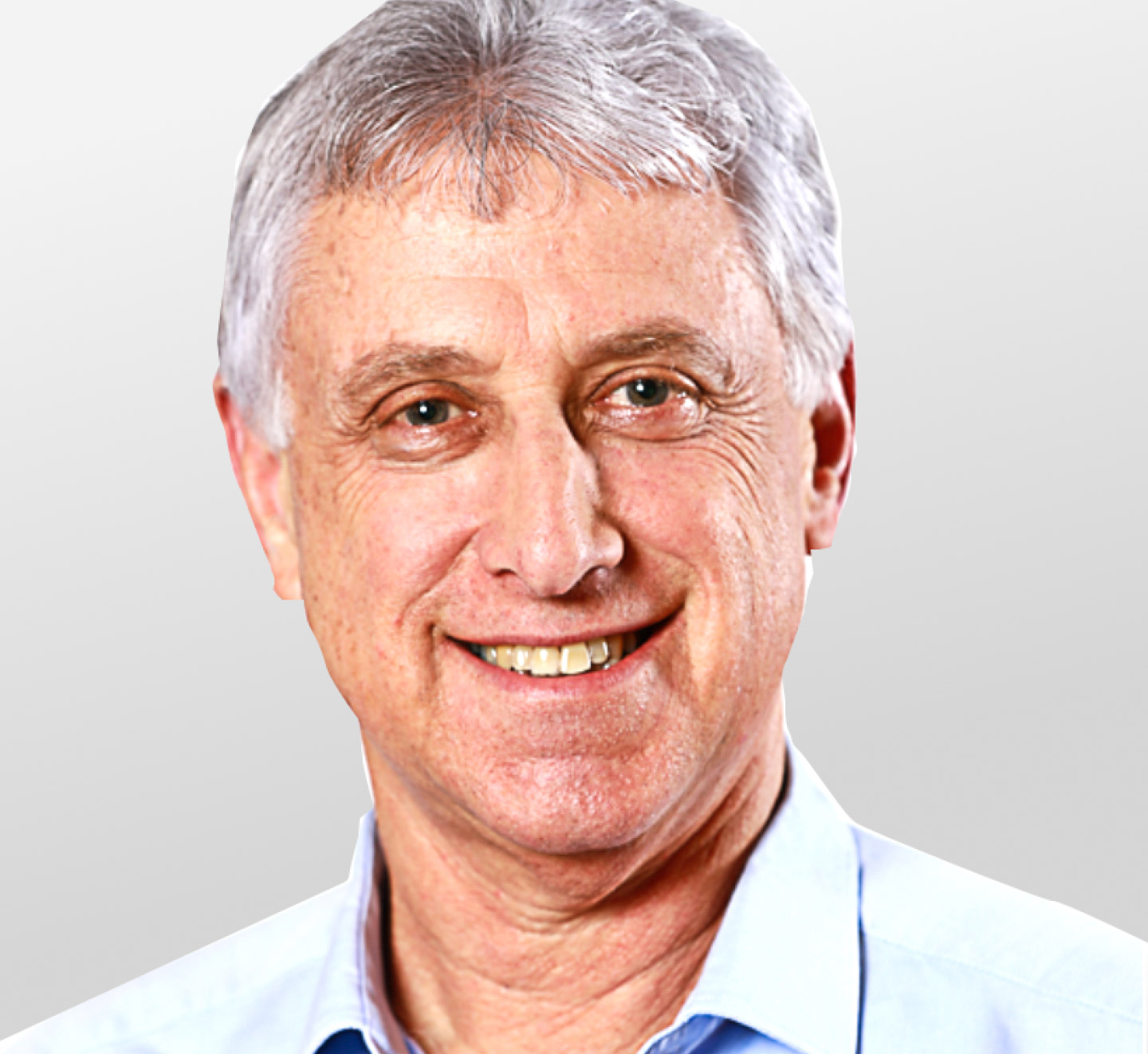 Amir Shaked-Mandel has held the position of EVP Corporate Development since October 2017.

Amir joins Kornit with more than 17 years of business development experience in the global high-tech industry.

Prior to Kornit, Amir spent over 8 years with NICE Ltd (NASDAQ: NICE) and was part of the management team that transformed NICE into becoming a global leader in software solutions for customer experience and compliance. In his latest role, Amir served as VP Head of Business Operations and VP Head of Channel Sales in the Americas. Prior to that, he served in senior Corporate Development roles at NICE, most recently as the VP Head of M&A and Inbound Partnerships. Amir has been in​volved in dozens of acquisitions, partnerships and other non-organic activities during his tenure at NICE, which led to a significant expansion of NICE’s portfolio and business. 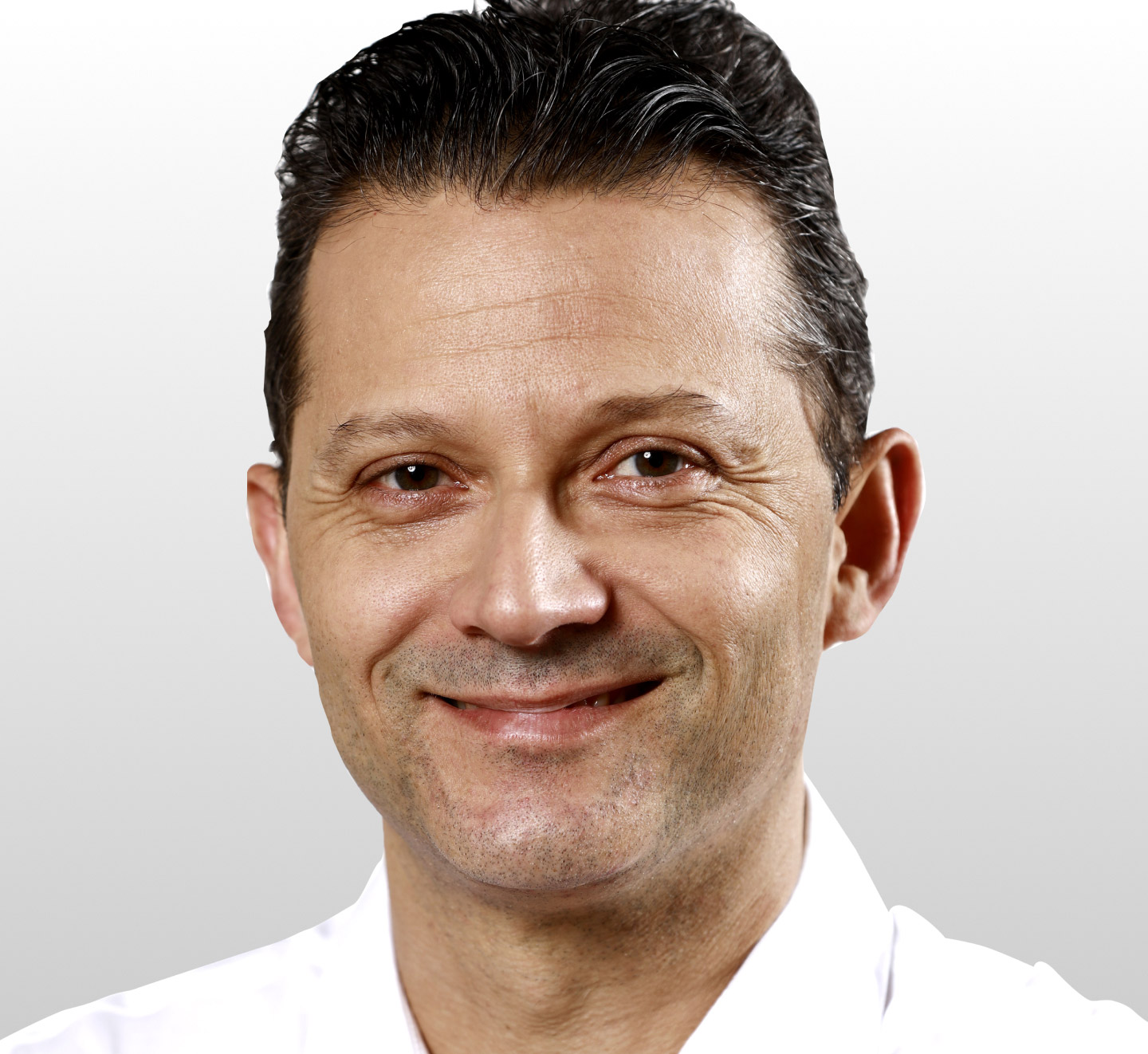 She brings to Kornit vast multicultural HR experiences from a number of different senior management roles in HR.

Prior to joining Kornit, she held senior and Director-level positions in HR in some of Israel’s largest companies including Orbotech’s (Nasdaq: ORBK) flat panel display business unit; Tnuva, as HR Director and HR business partner of the dairy business unit; and Amdocs (Nasdaq: DOX), in field, HQ and as Director of Strategic HR Projects. Prior to joining Amdocs she worked for five years at Pilat consulting as an HR organizational consultant and dealt with all aspects of HR Management.

She holds a BA in Behavioral Science and an MA in Organization Psychology. 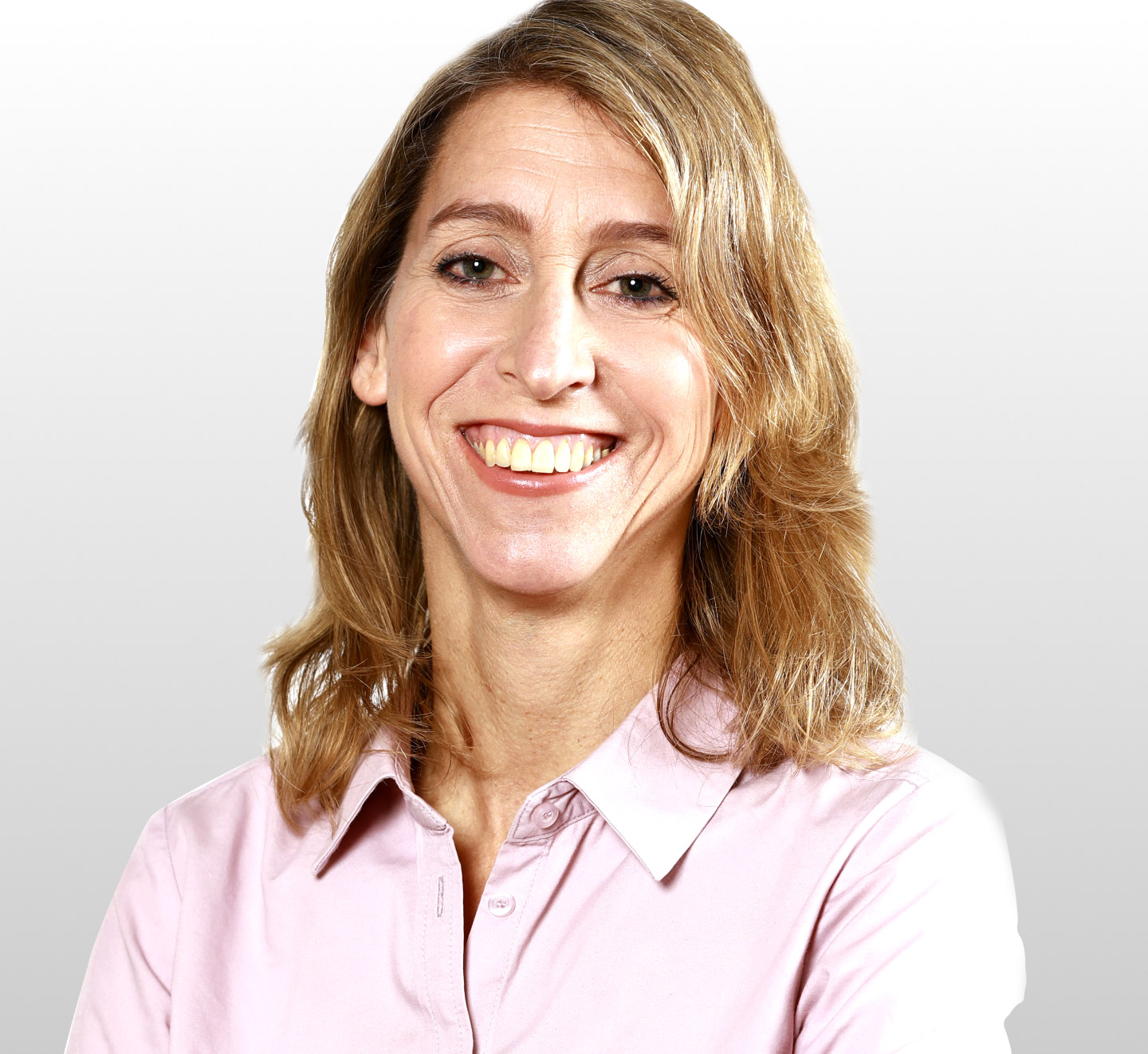 Ilan Elad Joined Kornit Digital as the company’s Asia Pacific President in October 2020. Ilan has extensive experience in senior leadership positions and a deep understanding of the Asia Pacific region.

Before joining Kornit, he served as the VP of Regional Sales and International Sales Operations at Mitsubishi Fuso, and as the Director of Strategic Finance and Controller of Daimler India. His experience includes leading geographic market expansions while serving in several senior management roles, including the CEO and Co-Founder of Vision India and as the Regional Managing Director of Ciena. 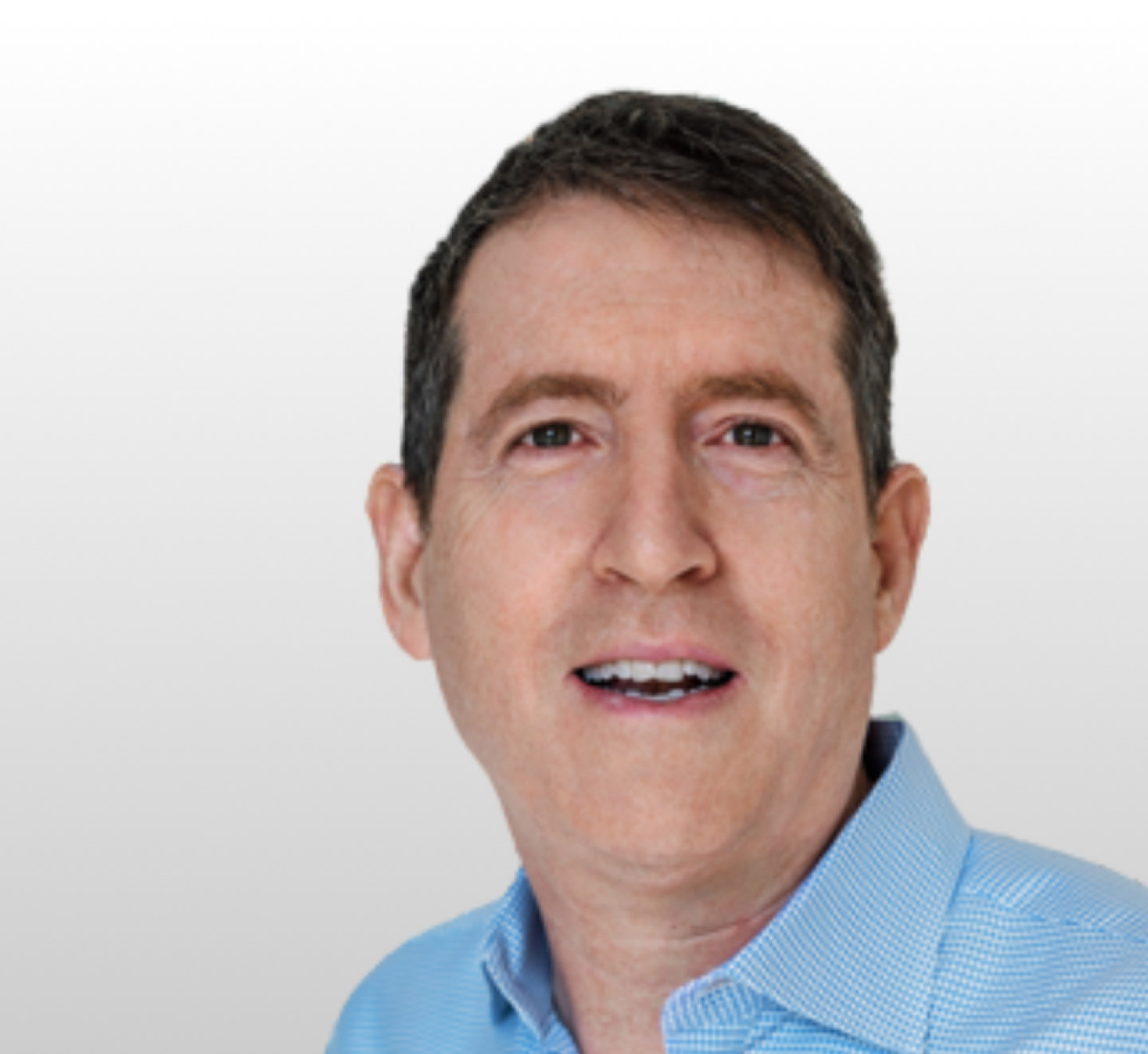 Chris has over 20 years of vast experience and proven business results whilst working at the Xerox Corporation. Throughout his career, he drove significant turnover and business transformations and led substantial business initiatives across Europe, the Middle East & Africa, and emerging markets. A large part of his career at Xerox was focused on the Graphic Communications business line for the Developing Markets Operation.

He holds a Bachelor of Arts degree in English from the Victoria University of Wellington, New Zealand. 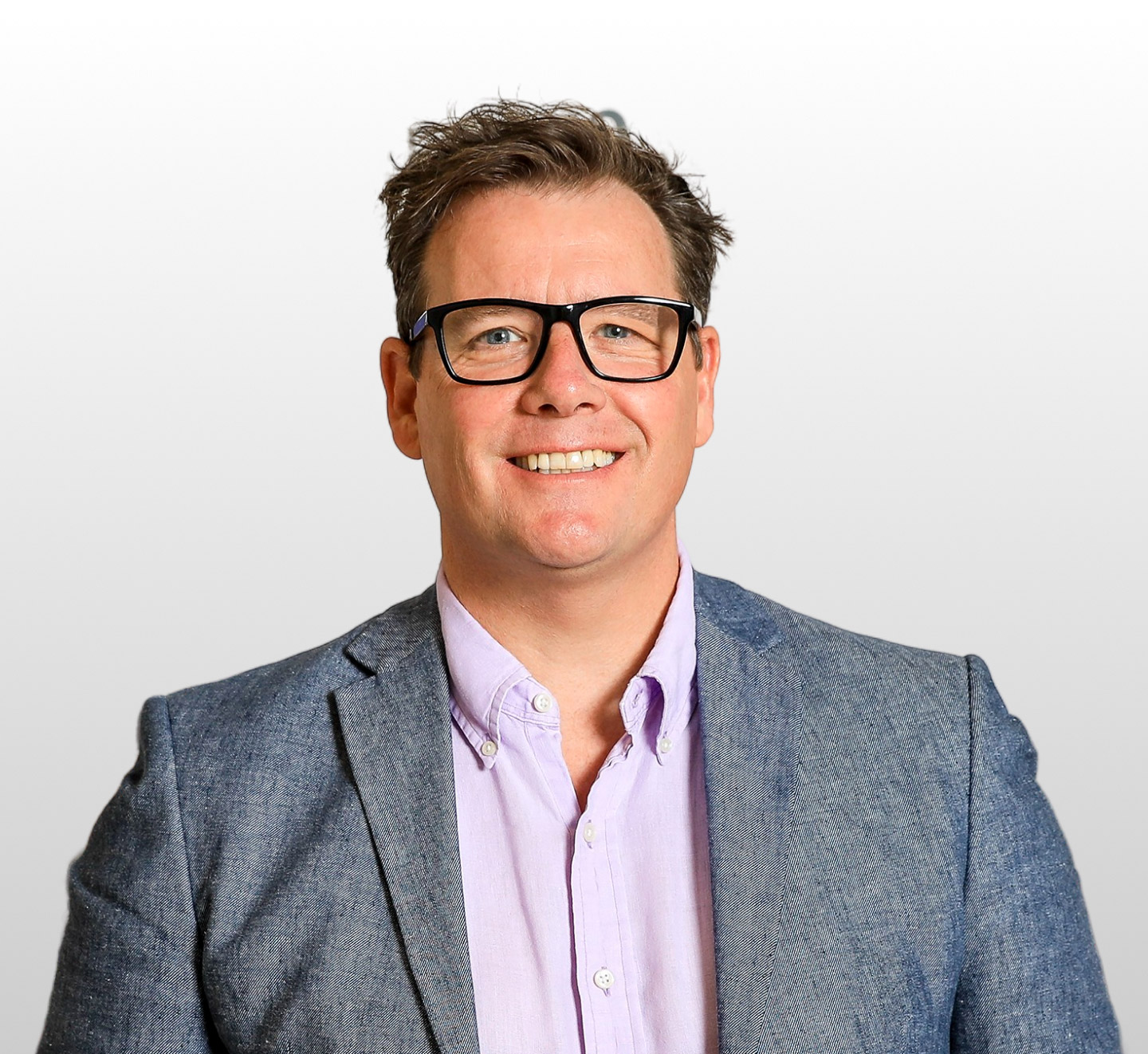 Chuck brings 15 years of executive management experience with multiple multinational organizations spanning a range of industries. Prior to joining Kornit, he was President and CEO of Cergaon Networks. Chuck was VP of Global Channels and Asia/America Sales with Narus, a leader in real-time traffic intelligence for large IP networks acquired by Boeing during his tenure.

He spent 18 years with Avaya, rising to the position of VP of Sales—IBM Global Accounts and Alliances. Chuck is a graduate of Ohio State University. 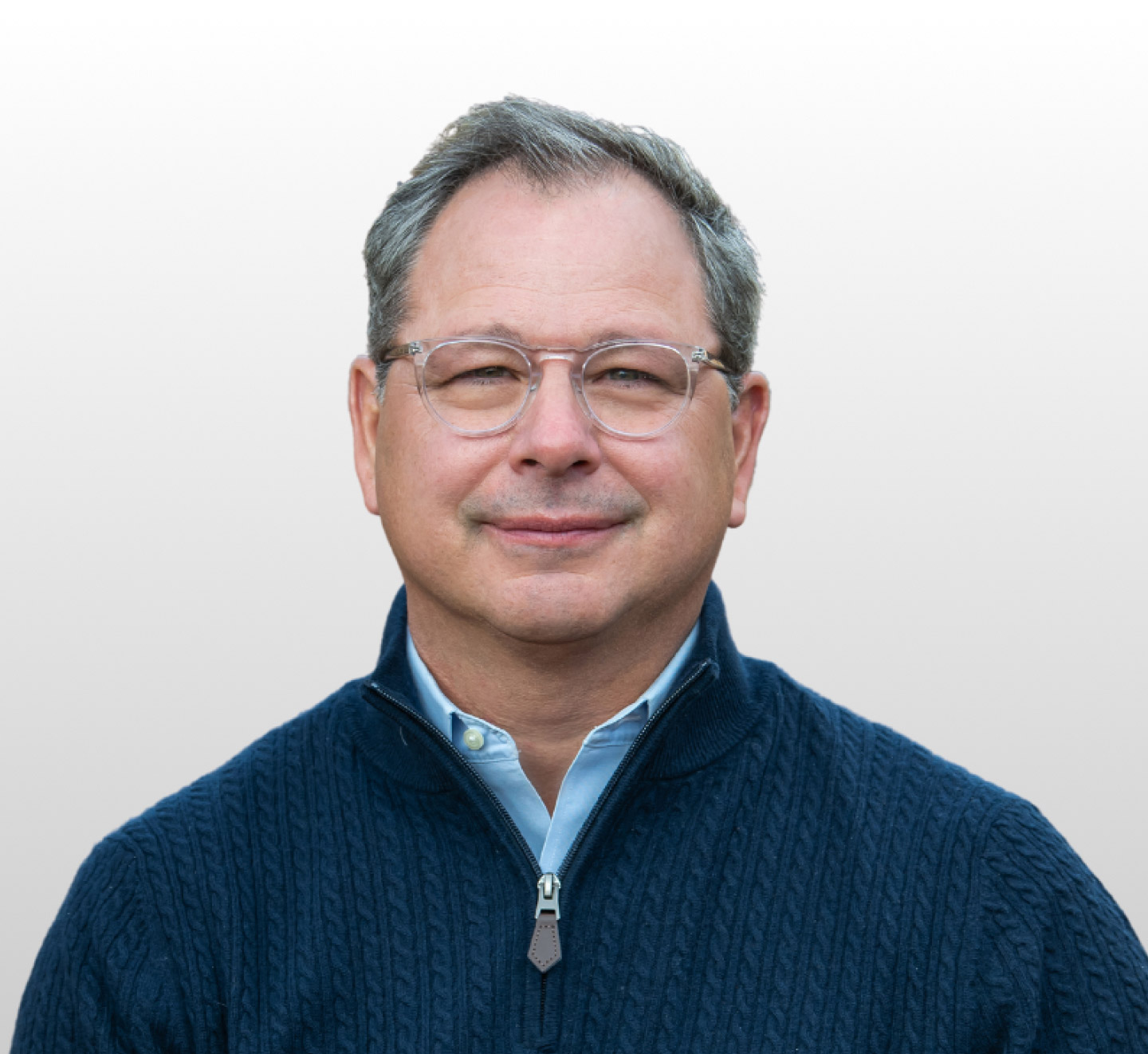 Aaron joined Kornit as the COO for the Kornitˣ business in July 2021 and became the President of Kornitˣ in November of 2021. Aaron served in the USMC from 1990-1991, and co-owned a computer consulting business while attending college. Aaron’s career in the print industry began in 1992 when he took an extra job working the overnight shift in a retail Kinko’s store. 20 years later, after having built the largest small and large format print network in the US as part of FedEx Office (formerly Kinko’s), he moved into franchising with FASTSIGNS International, Inc. At FASTSIGNS, Aaron helped lead the development of a global vendor network and supported the expansion of global franchise locations, helping FASTSIGNS to become the largest global sign franchise company.

In 2015, Aaron purchased his own FASTSIGNS franchise and went to work for Amazon as the COO of their daily deals subsidiary, Woot.com. While at Woot, Aaron was a founding member of the Merch by Amazon business, building the world’s largest on demand apparel printing network with sites in 4 different countries, leading both companies operations for several years. 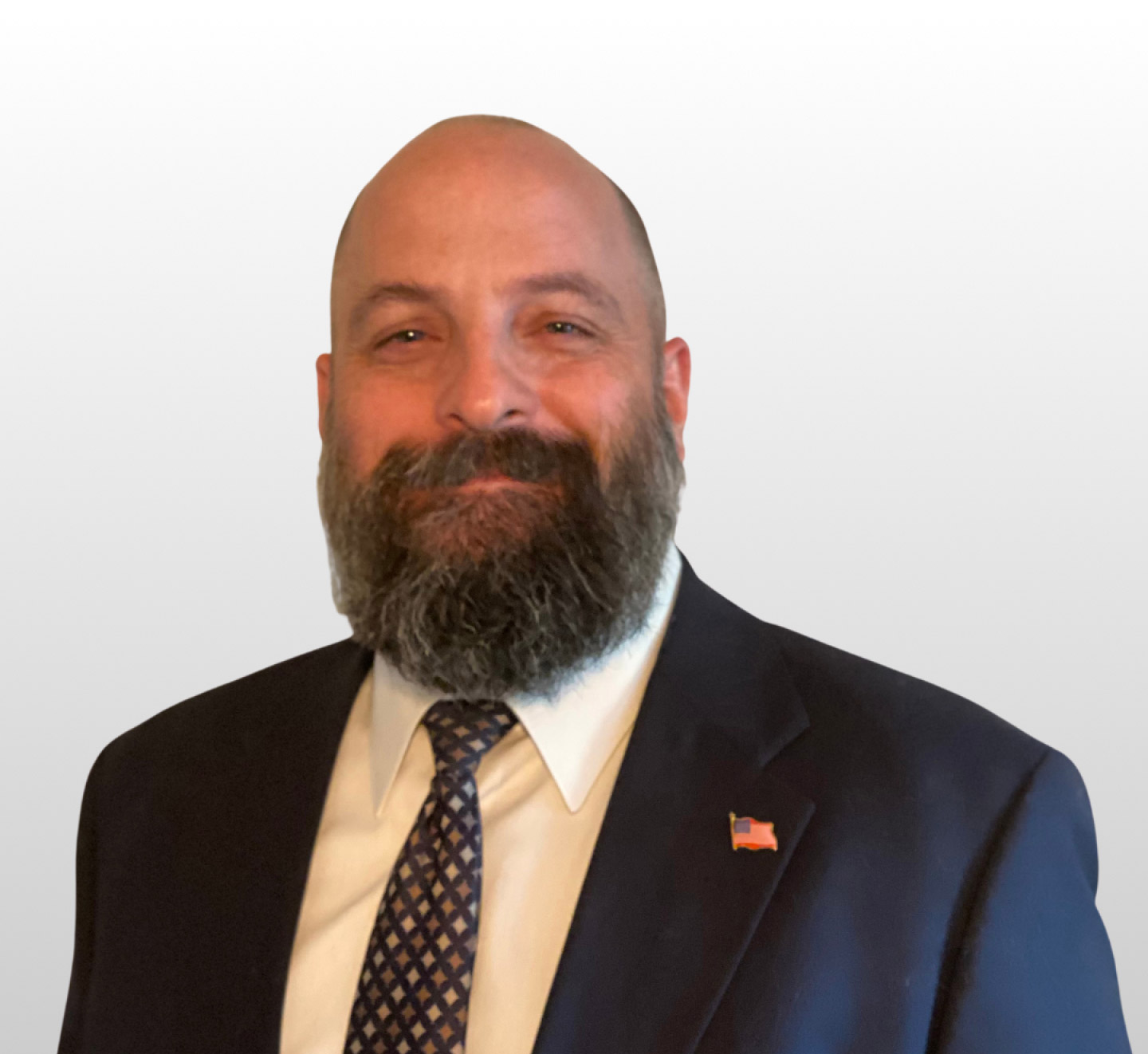 our career opportunities with Kornit